The Parish of St Nicholas of Myra is one of the oldest in the Sydney area. The school and parish are situated in the heart of the business centre of Penrith.


You can learn more about the history of our school and its community below. If you would like to contribute any information or photos relating to the history of St Nicholas, please contact the school office. All contributions are greatly appreciated.

The Parish of St Nicholas of Myra is one of the oldest in the Sydney area. The school and parish are situated in the heart of the business centre of Penrith. Established in 1852, St Nicholas is the oldest of three primary schools in the area. In 1879 Saint Mary MacKillop founded her first convent in NSW in Penrith and in 1880, the Sisters of St Joseph were given leadership of the school community. In 1906, 1953, 1969 and 2002 new buildings were erected to serve the changing needs of the school population. The school has 146 children enrolled and a teaching staff of fifteen.

Always a vibrant community, our students are involved in all aspects of school life. The swimming and athletics carnivals are gatherings of skill, fun and enthusiasm. Students often entertain the community with drama and music performances and are actively engaged in fundraising for less fortunate members of society. The students of St Nicholas of Myra Primary are always keen to involve themselves in extracurricular activities.

In history, there was a "good man" named Nicholas who lived in the fourth century in a small town called Myra, in what is now known as the country of Turkey. He became a priest at an early age and very soon won the respect and admiration of the citizens of Myra.

He loved children, defended the unfortunate and assisted the poor. He loved to give presents to the poor children and the underprivileged families.

Nicholas was favoured by God. There are many stories of the wonders that Nicholas performed. His works of charity are still celebrated in the person of "Santa Claus" whose name is derived from the Dutch pronunciation for Saint Nicholas.

Saint Nicholas was tortured by the enemies of Christianity and spent many years in prison.

He is the Patron Saint of children everywhere. 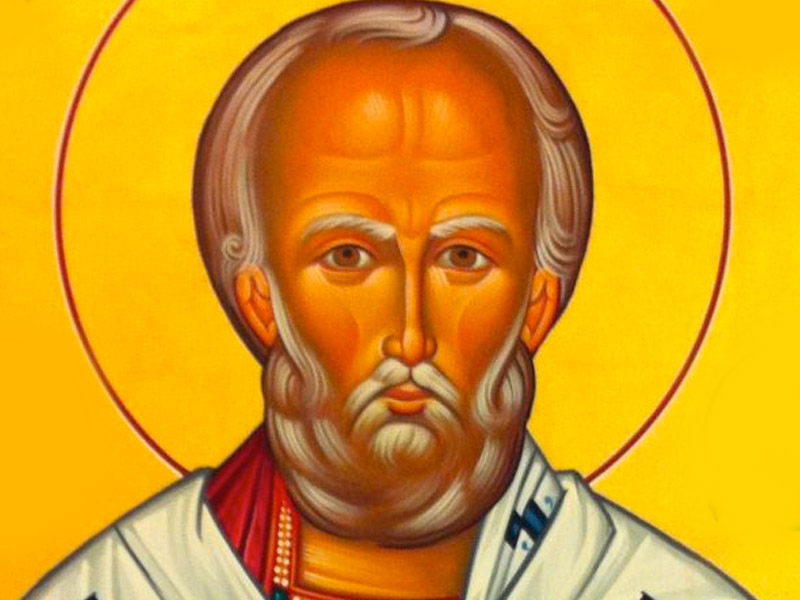 We invite you to click on the video to the left to hear the symbolic story behind our new school logo.

Send us an email